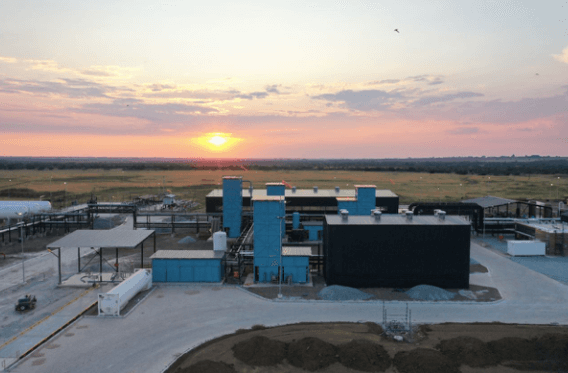 South Africa-based natural gas and helium producer Renergen has become the world’s newest producer of liquid helium following the start up of production at its Virginia Gas Project.

As part of the project’s first phase, the company is ramping up capacity to meet a production target of 2,700 gigajoules per day of LNG and 350kg per day of helium.

The LNG will be used as a low carbon alternative to diesel, while the helium will be exported to customers.

Commenting on the startup of helium production, Stefano Marani, CEO of Renergen, said, “Having the helium plant in operation and producing liquid helium is a truly spectacular achievement by the team who went above and beyond to achieve the major and critical milestone.”

“All components of the Phase I plant are now in operation, and South Africa joins the ranks of only eight countries in the world to produce this rare and valuable liquid.”

During gasworld’s MENA Industrial Gases 2022 conference held in Abu Dhabi at the end of last year, it was revealed that the outlook for the helium industry is looking increasingly more optimistic.

According to Phil Kornbluth, Founder and President of Kornbluth Helium Consulting, the single biggest factor affecting helium markets in the next four years will be the Gazprom-Amur gas processing project.

“The worst of Helium 4.0 shortage should be behind us if BLM is able to maintain stable operations and 2023 may be a year of transition to ample supply but it depends on timing and magnitude of Amur’s production – the restart and ramp up is likely to be delayed.”

He added that prices should moderate when Amur supply enters the market and supply should be plentiful in 2024.

“But it’s not a sure thing, given uncertainty about Ukraine and Russian sanctions,” he said.