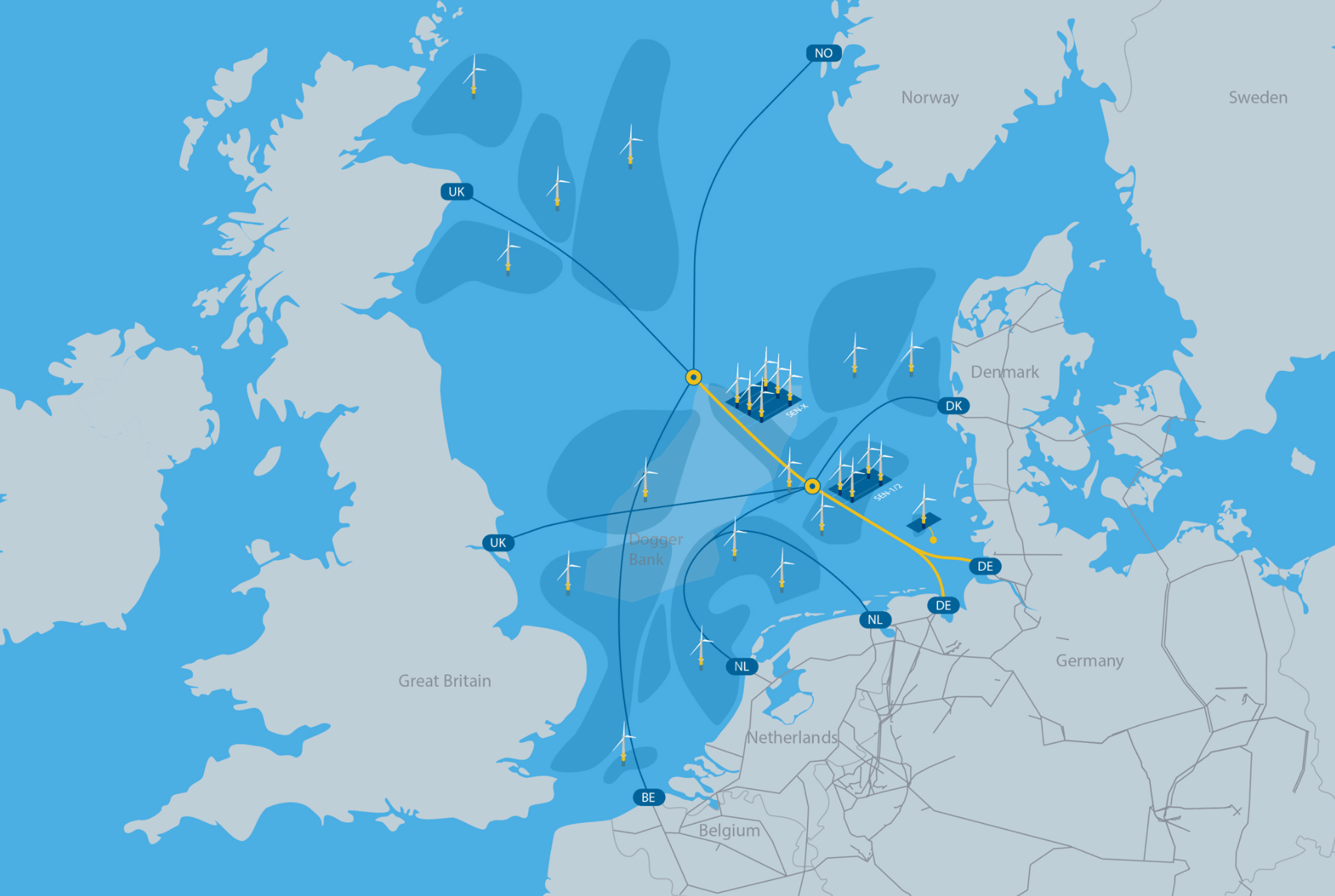 Cascade and Fluxys have applied to the European Commission for Project of Common Interest (PCI) status for the AquaDuctus project, marking a major step forward in their plans for an offshore pipeline for green hydrogen in the North Sea.

The move by the two infrastructure operators highlights the project’s importance for the hydrogen ramp-up.

The offshore pipeline, which will be over 400km long when completed, will become a lynch-pin of Germany’s and Europe’s future offshore hydrogen infrastructure, explains Gascae Managing Director Christoph von dem Bussche.

He said, “That is because the pipeline is designed as a ‘backbone’, able to collect hydrogen from multiple production sites while also offering the potential to link up with other international hydrogen flows through the North Sea.”

Hydrogen will be taken to the German coast via the offshore pipeline and fed into the onshore hydrogen network. In this way, AquaDuctus will provide large-scale offshore hydrogen infrastructure in the German North Sea for hydrogen to be imported into Germany.

Both parties have ambitious plans for this project. The first step will see the SEN-1 hydrogen wind farm connected to AquaDuctus, with flows to start in 2030. In subsequent years, wind farms further offshore in Germany’s exclusive economic zone may be linked up as well as hydrogen infrastructure operated by other North Sea countries.

By 2035, the offshore pipeline is to develop into a main hydrogen corridor carrying up to one million tonnes of hydrogen a year into Germany. Based on the gas and hydrogen package currently being negotiated at European level, the two long-standing transmission system operators plan the AquaDuctus offshore pipeline as a regulated open access infrastructure available to all future operators of hydrogen wind farms, thereby strengthening security of supply in the future.

Pascal De Buck, Fluxys Managing Director and CEO, firmly believes that the AquaDuctus offshore pipeline will be a key element of Europe’s future energy supply picture, and a major advance in the drive towards climate neutrality, while diversifying the continent’s hydrogen supply.

Von dem Bussche said, “Our specific plans for AquaDuctus will allow Germany’s federal government to put in place concrete actions following up the efforts it has made on hydrogen with European partners such as for example Norway or within the framework of the Esbjerg Declaration.”

Studies identify up to 100GW of hydrogen production potential in the German and European North Sea and view an integrated European offshore pipeline network as the ideal transport solution. “With our AquaDuctus offshore pipeline, we want to jointly enable this potential to be leveraged,” explain the two managing directors.

A comprehensive feasibility study for the project has been successfully completed, confirming the technical and planning feasibility of all phases. Commercial aspects, marketing potential, pricing and regulatory design options were also analysed.