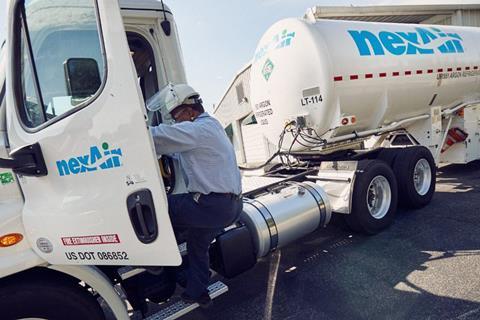 Linde has completed its acquisition of nexAir, which was until now one of the largest independent packed gas distributors in the US, with 2022 sales of about $400m.

The industrial gas giant first announced its plan back in October 2022, with the purchase designed to boost its existing packaged gas business and expand its footprint in the southeastern US.

From 2012, Linde Gas & Equipment has held a minority interest in nexAir, but the Linde subsidiary has now purchased the remaining 77.2%.

Ben Glazer, President of Linde Gas & Equipment, said the deal is consistent with the company’s plans to increase its network density and reinvest in new opportunities.

“We look forward to further strengthening our presence in the southeastern US while serving our customers with the same level of reliability and quality that they have come to expect,” he said.

Until now one of the largest privately controlled companies in its segment, nexAir was founded in 1940 as Standard Welders Supply and was then purchased in 1950. In 1996, Standard Welders merged with Mid-South Oxygen to form nexAir.

Prior to the acquisition, the family run company was in its third generation, with Kevin McEniry as CEO. With the deal done, McEniry will transition his responsibilities to the company’s President, Bill Proctor.