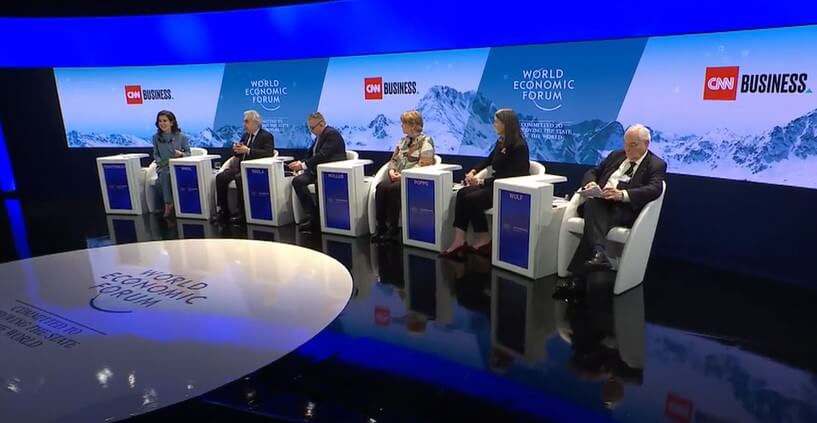 “The IRA is going to jump start a lot of things – it’s one of the most transformational passages. For us, it enables us to advance the technology faster. We have an advantage over wind and solar in that we’re starting to develop a brand new technology that’s critically important for the world, and we’re going to be able to build a digital twin as we’re building the facility, which will enable us to advance the plant a lot faster than wind or solar could do.”

Occidental and its subsidiary 1PointFive announced last August they had began detailed engineering and early site construction for their first large-scale DAC plant in Ector County, Texas, which will store carbon dioxide (CO2). Upon completion in late 2024, it is expected to capture up to 500,000MT of CO2 per year with the capability to scale up to 1m MT per year.

The plant is expected to provide cost-effective solutions that hard-to-decarbonise industries can use in conjunction with their own emissions reduction programs to help achieve net zero. Captured CO2 can be safely sequestered deep underground in saline formations or used in the production of hydrocarbons to enable lower-carbon or Net Zero transport fuels, and in products like chemicals and building materials.

“Subsidies shouldn’t last forever, but they are needed to develop new technologies,” added Hollub, speaking at a ‘Mastering New Energy Economics‘ seminar. “We expect to advance our technologies, and for it to be a growing business for us, and we will become a carbon management company over time.”

Fatih Birol, Executive Director of the IEA, said the biggest driver of renewables is energy security. “The long lasting solution to our problems is clean energy,” he said. “Last year we saw 25% growth in renewables and we’ve never seen that.”

Martin Wolf, Chief Economics Commentator at the Financial Times, said the goal is to marry political realities with energy imperatives.

While we are “hopelessly behind”, he said the two bits of good news is massively expanding renewable energy is a climate and security priority; and these technologies are increasingly cost competitive.

“Over time, market forces will deliver this – but we need to have sizeable emissions by 2030 to keep to 1.5 degrees, and we need a massive acceleration, which will require dramatic changes in policy.

“Countries that have a lot of fiscal room have to be able to borrow and spend a lot. But nobody wants to lend to developing or emerging countries, with very few exceptions. This is a real trap, and the only way round it is to de-risk using the international finance institutions as risk guarantors, and they have to be prepared to lose quite a lot of money, and that gets to the really big political issues – who ultimately bears the risks in this system? Remember emerging countries are where all the growth and emissions are going to come from.