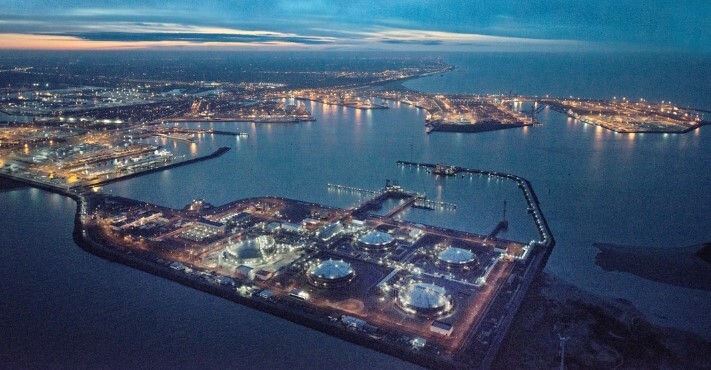 Port of Antwerp-Bruges recorded a 61.3% spike in liquefied natural gas (LNG) and 30% growth in liquid petroleum gas (LPG) in 2022.

The sharp uptick in LNG business came as Europe scrambled for alternatives to natural gas via pipelines from Russia.

The war in Ukraine, Russian sanctions and the energy crisis greatly changed the energy landscape and flows in Europe, which translated into strong growth in bulk cargo too (up 13.8%).

Chemicals throughput, which had its best year in 2021, began to decline in mid-2022 due to increased energy prices that put pressure on the European chemicals sector.

In Q4 last year, Belgium’s Prime Minister Alexander De Croo proposed a revision of the country’s federal hydrogen strategy during a visit to the port.

One of the goals of the revised strategy is to position Belgium as an import and transit hub in Europe for green hydrogen.

Port of Antwerp-Bruges sees a key role for itself in the import, local production, processing and throughput of green hydrogen and hydrogen carriers (such as ammonia and methanol) to the hinterland.

To strengthen its position, the port formed the hydrogen import coalition together with five major industrial players and public stakeholders; DEME, Engie, Exmar, Fluxys and WaterstofNet.

It isn’t the only European port making a big play on hydrogen, with Hamburg seeking to establish a Green Hydrogen Hub, and Rotterdam aiming to leverage its hub status as an international hub for hydrogen production, imports, applications and transport.

Today, this region concentrates around 5% of global hydrogen demand and 60% of European demand, according to the IEA.

North-western Europe has vast, underutilised potential renewable energy in the North Sea, which is central to decarbonisation strategies for countries in the area.

The IEA states countries must build on the large unused potential to cooperate on hydrogen, which has already cooperative platforms in place (such as The North Seas Energy Cooperation) and identify opportunities to develop cross-border initiatives (like the Important Projects of Common European Interest) and projects that could facilitate the development of an integrated hydrogen market.

Consortium formed to study CCUS at Port of Antwerp