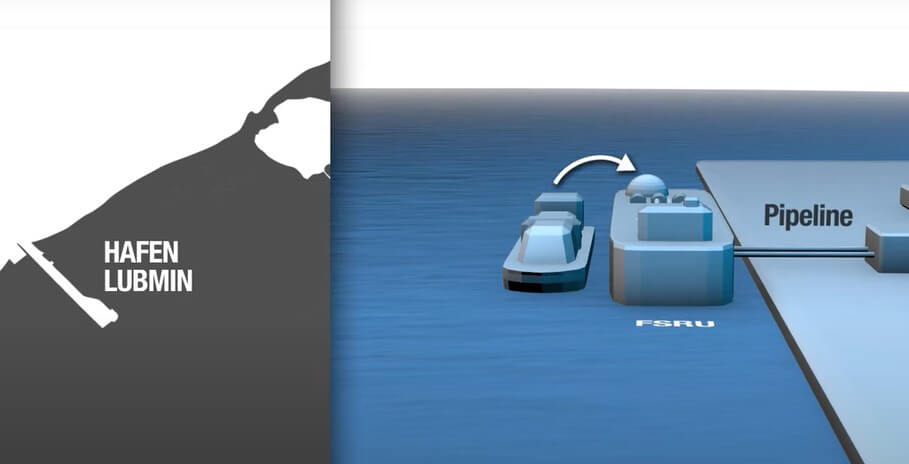 Operated by Deutsche ReGas and located in Lubmin on the German Baltic Sea coast, the site’s official inauguration will take place on January 14, attended by German Federal Chancellor Olaf Scholz. This project, to which TotalEnergies is contributing a floating storage and regasification unit (FSRU) and supplying LNG, will make the company one of Germany’s main LNG suppliers.

In December, TotalEnergies delivered the Neptune – one of the Company’s two floating storage and regasification units – to Deutsche ReGas. The vessel has an annual regasification capacity of 5 bcm of gas, enough to cover about 5% of German demand.

Following Deutsche ReGas’s open season procedure, in October, TotalEnergies also contracted regasification capacity of 2.6bcm of gas per year and began to deliver LNG from its global integrated portfolio to the Lubmin terminal. The planned regasification capacity of the German Baltic LNG terminal will amount to a total of up to 13.5bcm of natural gas per year from summer 2024.

“Since the beginning of this crisis, TotalEnergies has mobilised its LNG portfolio, which is broad and flexible, to send available LNG to Europe and to use its 18 Mt/y regasification capacity,” he said. “Thanks to the start-up of the Lubmin terminal, TotalEnergies will be able to add to this effort and increase its imports to Europe to over 20 Mt/y, or about 15% of the continent’s regasification capacity. We are pleased to support this project, which will allow Germany and Europe to further secure gas supply.”

TotalEnergies is the world’s third largest LNG player with a market share of around 10% and a global portfolio of about 40 Mt/y thanks to its interests in liquefaction plants in all geographies. It aims to increase the share of natural gas in its sales mix to 50% by 2030, to reduce carbon emissions and eliminate methane emissions associated with the gas value chain.

LNG regasification assets should be designed or retrofitted to ensure compatibility with future low-carbon fuel infrastructure, according to the white paper.

It finds the short-term outlook for LNG demand is positive, given the increased demand in Europe to compensate for Russian gas from pipelines and the role played by gas as an industrial input and source of peak power generation in many countries, yet competition for existing LNG will keep prices elevated and increase costs for energy-importing countries substantially.

“The risk is that the high costs of gas will dampen investments needed to develop low-carbon energy sources, thereby keeping emissions high,” the report states. “It is imperative, therefore, that new fossil fuel production is accompanied by a simultaneous acceleration in the development of renewable energy capacity.”

Trafigura in $3bn deal to secure US LNG supply for Germany